As a part of its 1928 Master Plan, the City of Austin forced Black residents to live within a 6-Square mile boundary to maintain segregationist policies. This area was originally named the “Negro District” in an attempt to address what city officials called the “Negro Problem.” This area has since been renamed and became the home of Black residents, businesses, schools, and churches. The District birthed the rich heritage and cultural contributions of Austin’s African American community. 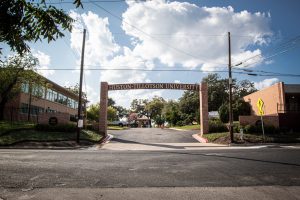 Huston-Tillotson University, a historically black institution, is the oldest university in Austin offering four-year degrees in business, education, and the arts and sciences. It was formed by a merger of two colleges, one of which was chartered in 1877, making it the oldest college in Austin. Founded with the support of Christian congregations as part of a movement to provide education to formerly enslaved Africans in the South during the Reconstruction period after the Civil War. 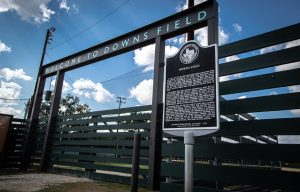 Downs Field has been synonymous with baseball and the African American Community of East Austin since the 1940s. It was once the home of the Austin Black Senators, a minor league team that was a part of the Texas Negro League. It is the athletic field for the historically black university Huston-Tillotson and it is named for a former president of the college, Rev. Karl Downs. Baseball legends including Satchel Paige, Smokey Joe Williams, Buck O’Neil and Austin native Willie Wells all played on this field, which also has a special connection to Jackie Robinson. 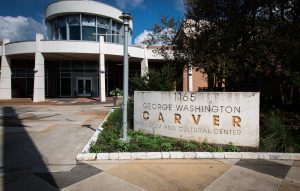 Known as the “Drumbeat of the Black Community,” the Carver Complex is an institution that works to collect and preserve the historical and cultural experiences of African Americans locally and nationally. The complex consists of the George Washington Carver Museum, the Carver Branch Library, and the Carver Genealogy Center. 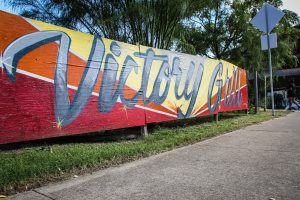 The Victory Grill was a hub of Black nightlife and music in East Austin for decades. The Victory Grill was part of East Austin’s Entertainment District on East 11th Street, which included other clubs such as the Palladium Club, Charlie’s Playhouse, and the Cotton Club. Opened on Victory over Japan Day in 1945, band manager Johnny Holmes was keen to create a space for black soldiers returning to a segregated society post World War II. The Victory Grill started as a small lean-to that served beer, but as the popularity of the spot grew, Holmes moved to a larger building nearby. During its heyday in the 1950s, the club hosted artists such as Etta James, Billie Holliday, and B.B. King. The Victory Grill was known as a place where music lovers could get a good meal and enjoy great music. The club attracted people from all over Texas and transcended racial restrictions imposed by legalized segregation.

Click here for a window into more Destinations in the district

Six Square’s long-term vision is focused on incubating and developing businesses that will attract people to the District and cater to African American cultural interests, including restaurants, bookstores, music venues, cultural spaces, and meeting spaces.