Preserving and Celebrating the historic legacy of the African American community that once thrived in Central East Austin.

Six Square is a 501(c)3 nonprofit organization that celebrates and preserves the great arts, culture and history of Central East Austin. Named for the six square miles of the former “negro” district, Six Square is a visionary leader and powerful partner for major projects that preserve, promote, and sustain black arts, history and culture. We are the only state designated black cultural district in Texas.

The 1928 City of Austin master plan forced the displacement of black Austinites to a six square-mile “negro district” on the city’s east side. By 1930, 80% of Austin’s once-widespread black residents lived in the area. Despite segregation, black stores, clubs, restaurants flourished in the area. Multi-generational families grew, and prominent leaders made local and national history in the areas of music, education, architecture, government, business, and sports.

The Six Square district is bordered to the north by Manor Road, to the south by Seventh Street, to the east by Airport Boulevard, and to the west by Interstate 35. It includes historic homes, churches, commercial buildings, schools, cemeteries and parks.

Thank You to our Funders & Sponsors who make our work possible. 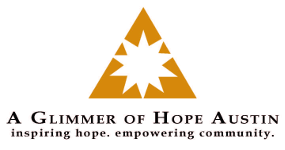